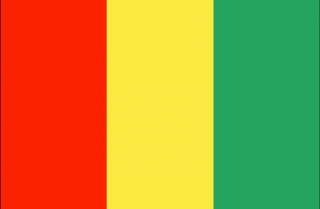 • Source, transit, and to a lesser extent, a destination country for men, women, and children subjected to forced labor and sex trafficking.

• Guinean women and girls are subjected to domestic servitude and forced and child prostitution in Nigeria, Cote d’Ivoire, Benin, Senegal, Greece, and Spain.

• Chinese women are brought to Guinea for commercial sexual exploitation by Chinese traffickers.

• Women from Vietnam are reportedly forced into prostitution in hotels and restaurants in Guinea.

• Networks also traffic women from Nigeria, India, and Greece through Guinea to the Maghreb and onward to Europe – notably Italy, Ukraine, Switzerland, and France – for forced prostitution and domestic servitude.

• According to a 2003 study, victims of sexual assault constituted more than 20 percent of women treated in a local hospital.