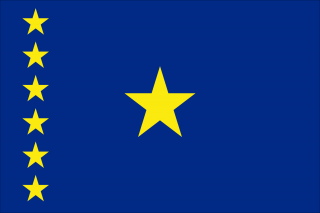 • Source and destination country for men, women, and children subjected to forced labor and sex trafficking.

• Congolese girls forcibly prostituted in tent- or hut-based brothels or informal camps – including in markets and mining areas – by loosely organized networks, gangs, and brothel operators.

• Congolese women and children exploited within the country in conditions of domestic servitude and migrate to Angola, South Africa, Republic of the Congo, as well as East African, Middle Eastern, and European nations, where some exploited in forced prostitution.

• Chinese women and girls in Kinshasa reportedly work in Chinese-owned massage centers, where some were likely subjected to forced prostitution.

• In August 2010, police arrested a Congolese man on suspicion of trafficking 35 girls over a 12-month period from DRC to Angola, where he sold each to policemen for amounts between US$80 and $100.

• In eastern DRC, at least 200,000 cases of sexual violence, mostly involving women and girls, have been documented since 1996: the actual numbers are believed to be far higher.

• Repeated reports of gang rapes by Armed Forces of the DRC members.

• In 2009, the UN Population Fund reported 17,507 cases of sexual violence across the entire country.

• According to the UN secretary-general’s 27th report to the UN Security Council, more than 1,100 women and girls were raped each month in east of DRC alone. Of 14,200 rape cases that were registered in South Kivu province between 2005 and 2007, only 2% taken to court.

• After a sexual assault, many young women and girls were labeled as unsuitable for marriage. Women frequently abandoned by their husbands.

• 56.9% of women in DRC report intimate partner physical violence in their lifetime.

• 35.3% of women report sexual intimate partner violence in their lifetime.

• 63.7% of women report intimate partner and/or non-partner physical violence in their lifetime.

• 16% of women report intimate partner and/or non-partner sexual violence in their lifetime.

• Ministry of Interior funded “welcome centers” in Lubumbashi to provide street children, including trafficking victims, with protective services and educational programming; the center for girls provided care to an unknown number of children engaged in street prostitution in 2010.