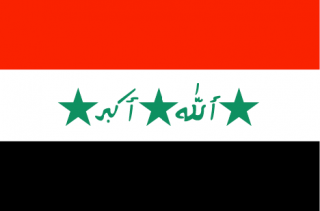 • Source and destination country for men, women, and children subjected to sex trafficking.

• Women forced into sexual servitude to pay family debts or to resolve disputes.

• Iraqi women and girls are subjected to conditions of trafficking within the country and in Syria, Lebanon, Jordan, Kuwait, the United Arab Emirates, Turkey, Iran, Yemen, and Saudi Arabia for forced prostitution and sexual exploitation.

• Women from Iran, China, and the Philippines reportedly may be trafficked to or through Iraq for commercial sexual exploitation.

• Mass graves of thousands of persons who went missing under the Saddam Hussein-regime found.

• Domestic violence widespread in the Kurdistan region, including beatings, shootings, and burnings.

• Female genital mutilation practiced mainly in Kurdish areas of northern Iraq. Official and non-governmental studies estimate that the prevalence among girls and women in Kurdistan is at least 40%.