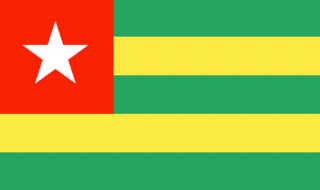 • Source and transit country for men, women, and children subjected to sex trafficking.

• Rural children brought to the capital, Lome  exploited in prostitution.

• Togolese women fraudulently recruited for employment in Lebanon, Saudi Arabia, the United States, and Europe and forced into prostitution.

• Police generally did not intervene in abusive situations. Women were not aware of the formal judicial mechanisms designed to protect them.

• NGOs were active in educating women on their rights.